Cornwall has a number of music event throughout the year and attracts world famous acts and at spectacular venues, certainly not the ‘normal’ arenas you’d expect artists of this calibre to be performing at! Here are a just a few dates to put in your diary. Why not get tickets if there’s something on when you are on holiday or call us for short breaks and weekend availability!

Boardmasters began life way back in 1981, and has over the years become one of the most well known, and respected surfing events in the country. Featuring an eclectic mixture of music, dance, and sporting events, combined with a surfer’s philosophy, Boardmasters remains one of the most original and enjoyable festivals on the calendar and this year is being held from 8th to 12th August.  Fistral Beach transforms into a vibrant surf festival complete with pro surf competitions, skate and BMX competitions, art installations, workshops, gigs and a bustling surf village. The main music event takes place on the cliff top at Watergate Bay where the like of Catfish & The Bottlemen, The Chemical Brothers, & George Ezra and dozens more. The high expectation are sure to be met! 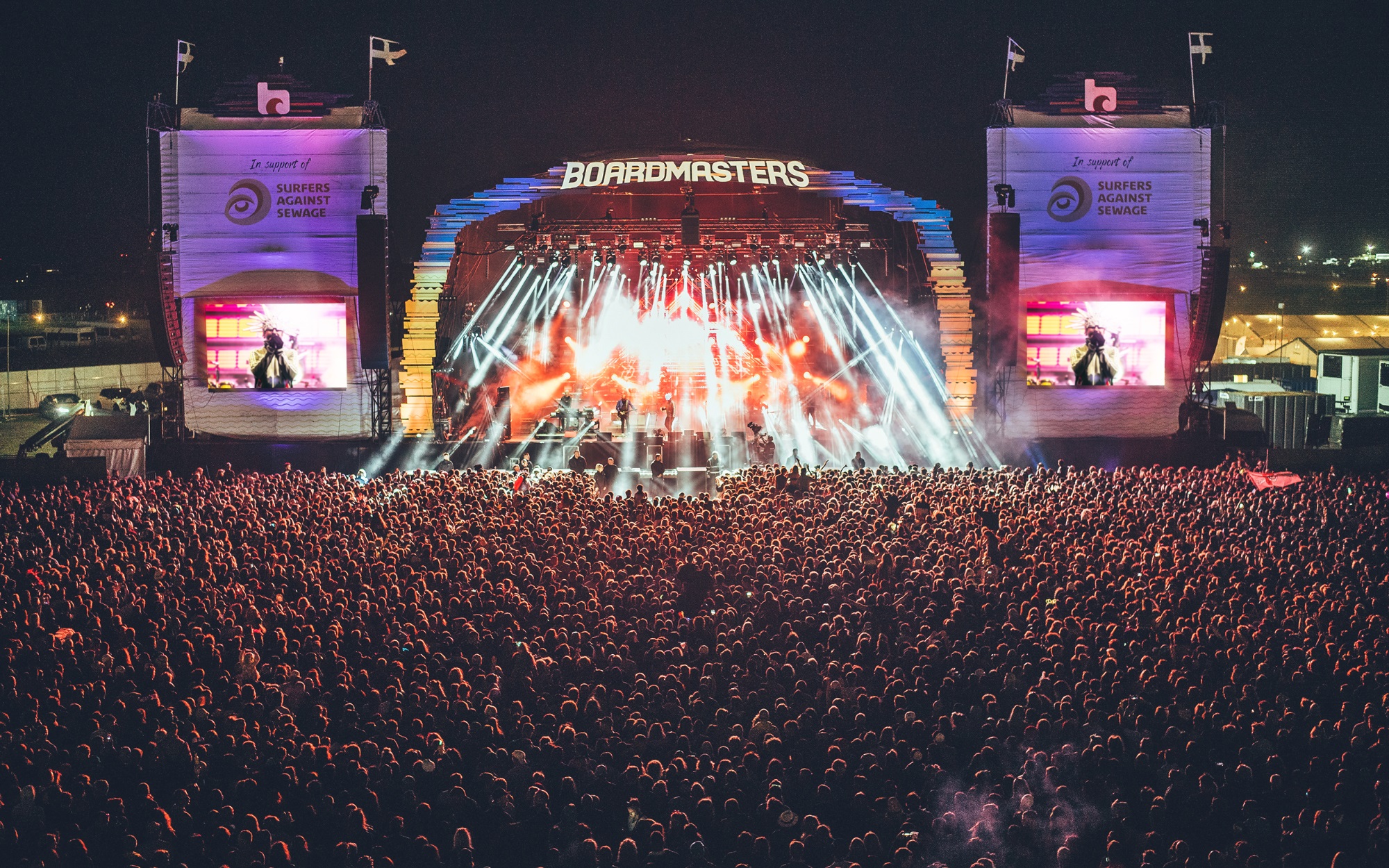 Eden Sessions at The Eden Project

Over the years, Eden Session has had some huge names in music and all sorts of genres including Tom Jones, Lionel Richie and Basement Jaxx to name a few! This year acts include Gary Barlow, Massive Attack, Ben Howard, Queens of the Stone Age, Jack Johnson & Björk (See full line up here).

As a venue, there’s no doubt it’s unique! The biomes look spectacular at night and you are normally allowed to walk around them until around 9pm which is quite an experience when is dark! Seeing a band play here is something you are not going to forget in a hurry! 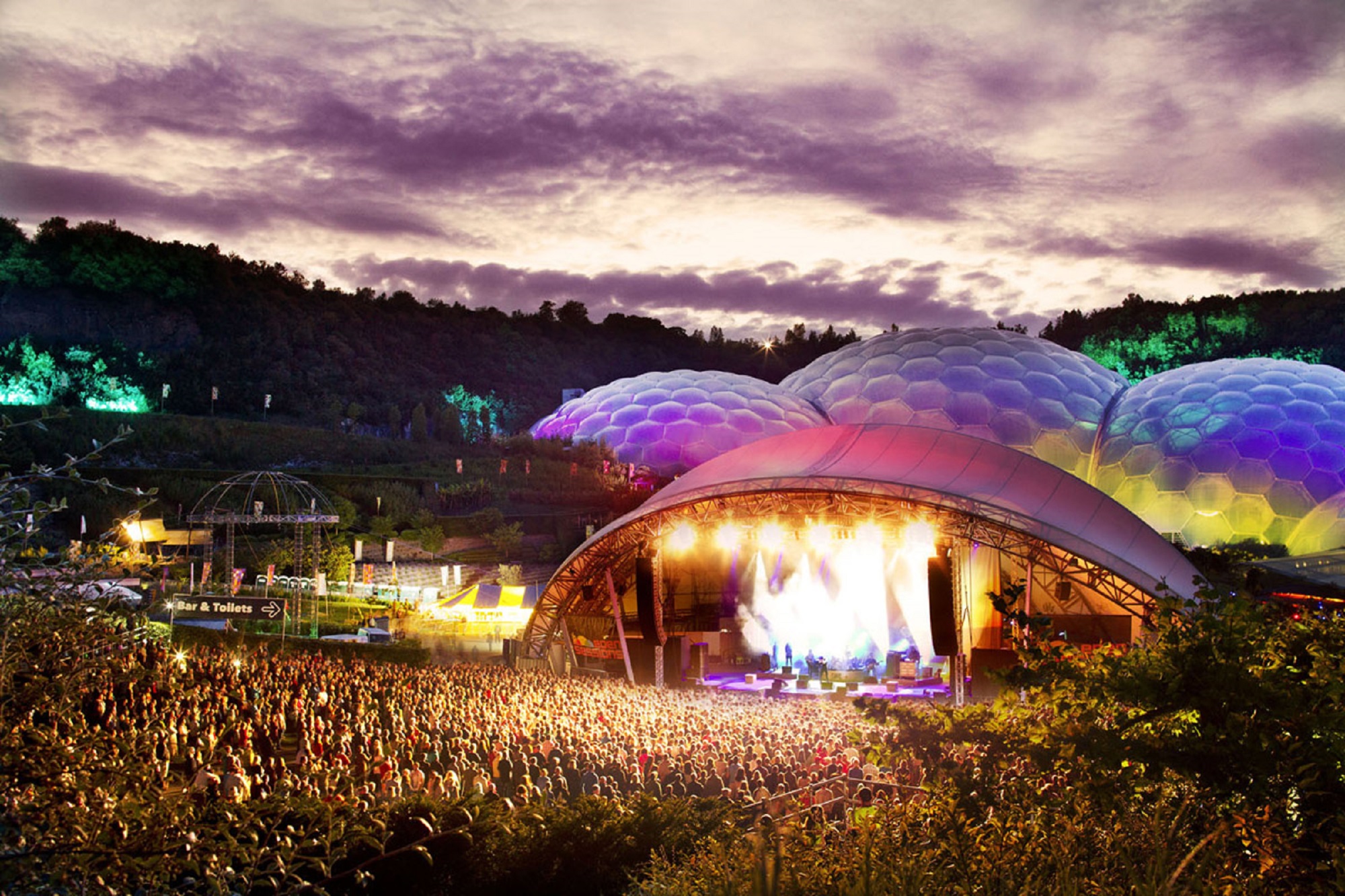 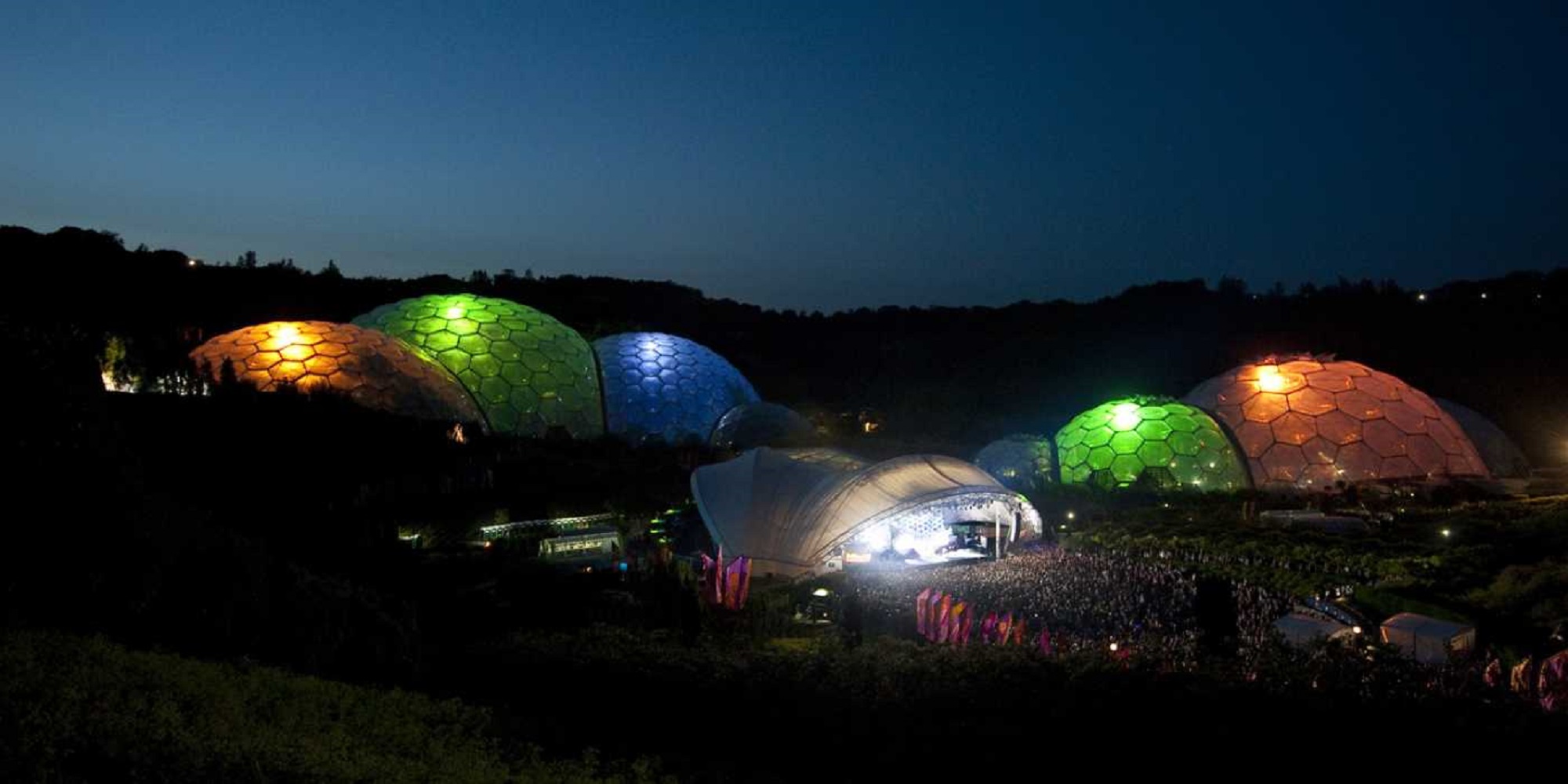 Tunes In The Dunes

Still a fairly new festival, only been going a few years but has become a significant date on music lovers’ calendars! Each year it has got bigger and always attracts big names , some with current chart hits, others from over the last few decades. Organised by the folks at The Watering Hole the stage is set up at the end of the ‘town end’ of Perranporth beach at an area known as Flat Rocks. This year you can expect to see The Hoosiers,  Stereo MC’s, Jake Bugg, UB40 & Pixie Lott to name a few (More details here). 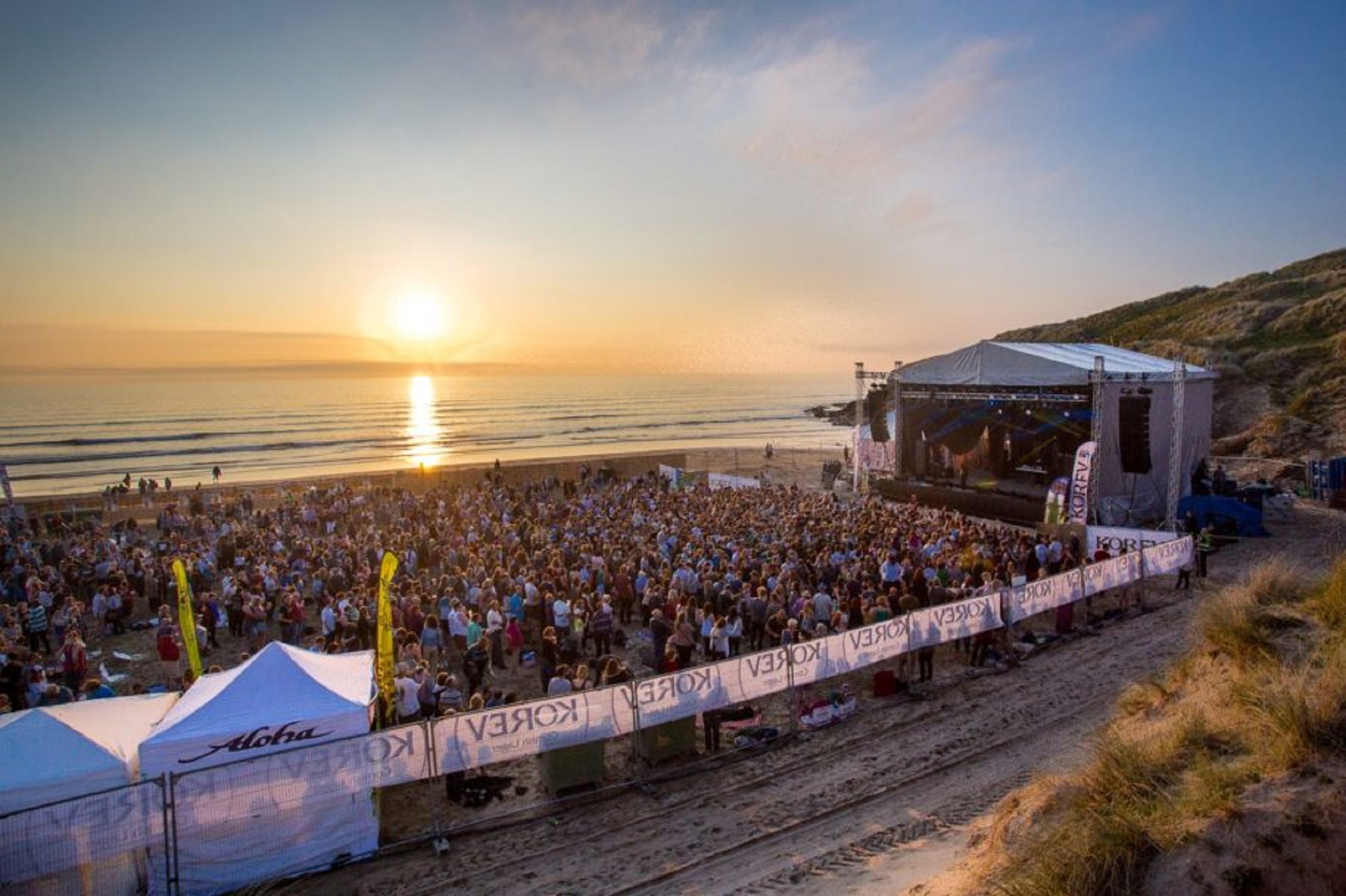 Bands In The Sands

Bands In The Sands is a series of concerts that take place through the summers months, organised by The Watering Hole. The stage is set up behind the pub. Act and artists are announced throughout the spring and early summer, so far confirmed are James Arthur and Jules Holland but there will be many more announced over the coming weeks, Billy Ocean has become a bit of a regular! 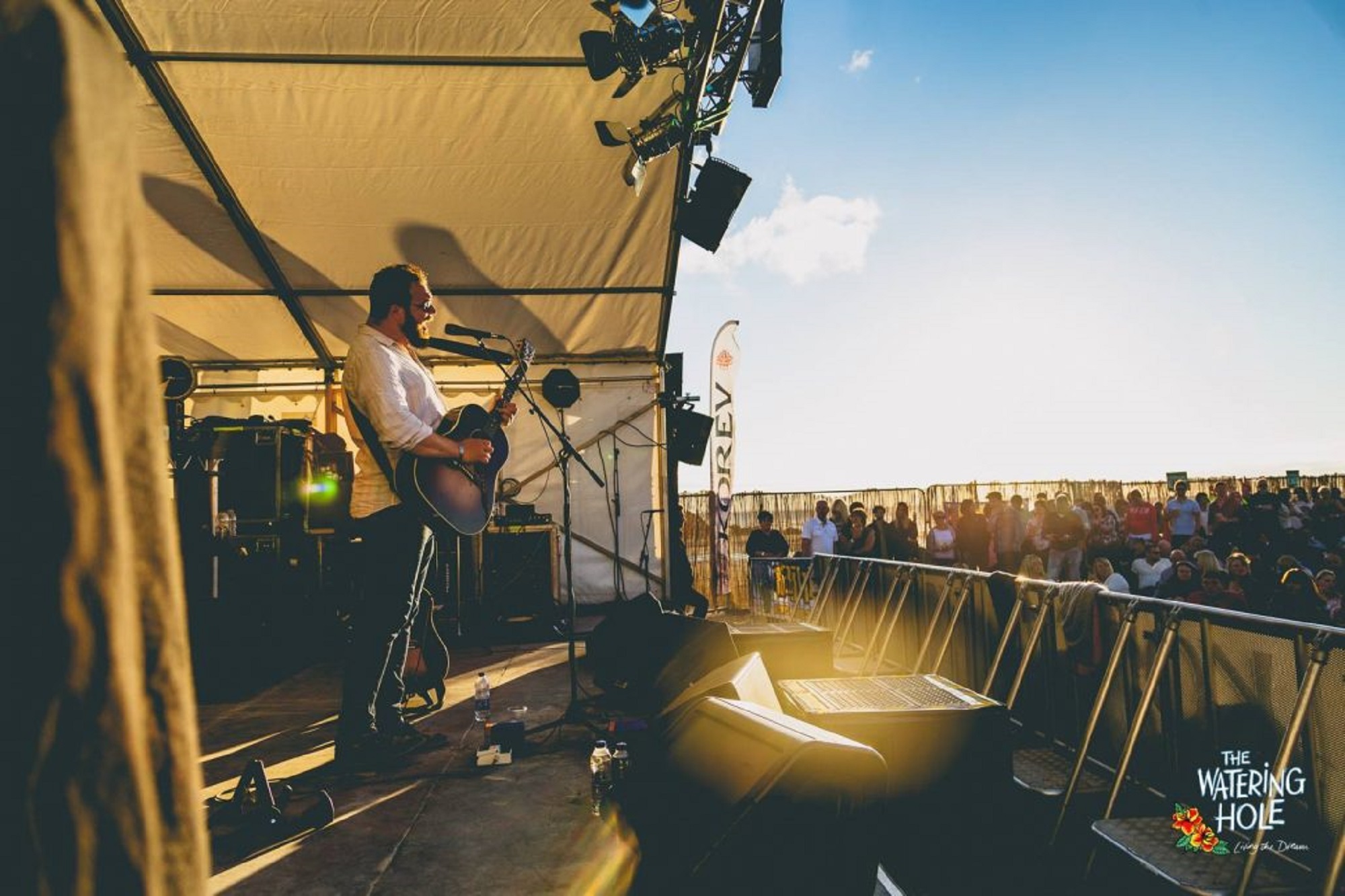 The Looe Music Festival takes place from 21st to 23rd September 2018 and has a huge line up with more to be announced! Amongst those confirmed are The Waterboys, The Stranglers and Willie & The Bandits 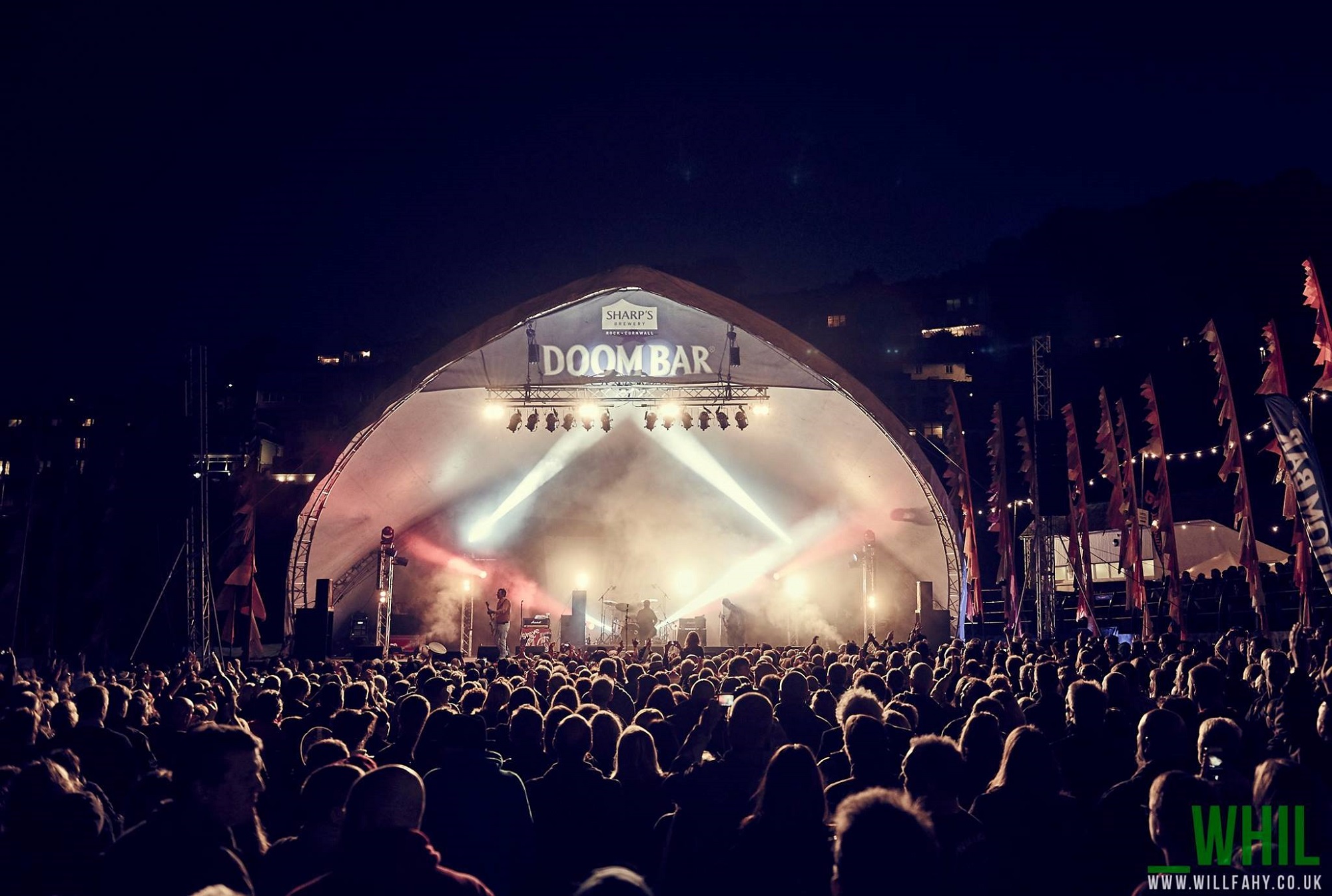