The Atlantic Ocean provides Cornwall with some of the best surfing conditions in Europe, rolling onto golden beaches which are overlooked by hundreds of miles of beautiful cliffs and rugged coastal paths, richly populated with diverse wildlife. It’s little wonder that surfers flock to Cornwall’s surfing beaches in search of the best breaks, best rides and best scenery. But which surfing beach in Cornwall is worth the paddle out? As you might expect with so many beaches on both coasts, the quality and consistency varies hugely and therefore it is important to pick you beach based on current conditions but also your own personal ability and experience.

The size of the surf is usually bigger from September through to March and the spring and summer months the surf is usually smaller and less powerful. This is a very rough trend as the surf can still get very big in July and August and conditions can change significantly during a day. It is always advised to speak to people with experience before you enter the water, even if it does look small. This could be lifeguards, surf school instructors or staff in local surf shops as the likelihood is, they are surfers themselves and/or are aware of the current conditions and forecasts.

Here are a few of our favourites:

Perranporth: Situated on the north coast about 8 miles south west of Newquay, Perranporth is one of the more exposed and therefore consistent surfing beaches in Cornwall. It get crowded at the town end (Droskyn) during the summer months but as it is 3 miles long with several peaks between Droskyn and Penhale, you can usually find a spot away from the crowds. There are lifeguards at the Droskyn end and at Perran Sands in the middle of the beach during the summer months. At its best with a south, south easterly or easterly wind (offshore) and from low to mid tide when it is more powerful and hollow. from mid to high tide the waves tend to be a bit slack but probably more suitable for learning. 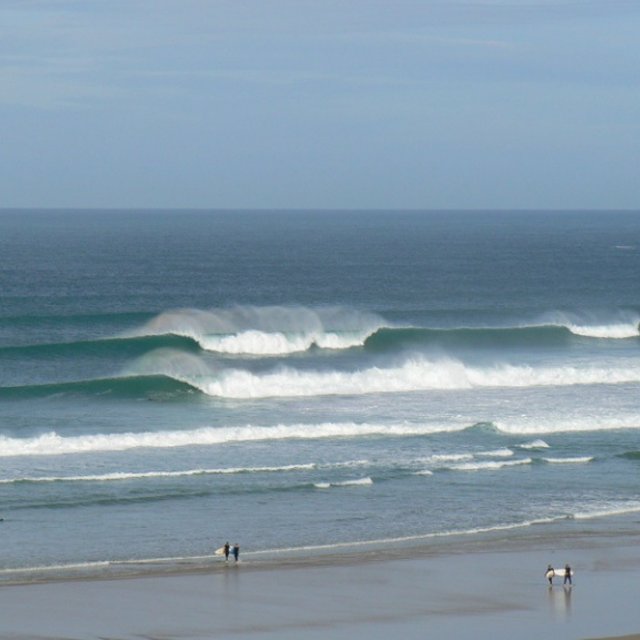 Harlyn: Harlyn is a north facing beach, on the north coast, a few miles west of Padstow. Due to it facing north, it is less consistent than the west or north west facing beaches (Perranporth, Fistral, Constantine, Godrevy, etc) and in the summer months is usually very small but great for learning nonetheless! In the winter months it can be very consistent as when most of Cornwall is stormy and being battered by our prevailing south westerly wind, Harlyn is protected by Trevone Head and a south westerly wind blows offshore, making the surf clean.  There are lifeguards at this beach during the summer months. Best from low to mid tide when it can get very hollow and wind from the south west, south or south east is offshore making the waves cleaner.

Godrevy: Another north coast spot, situated a few miles east of St Ives. Godrevy is part of a long beach which also include, Upton Towans and Hayle Towans. Surf is bigger at Godrevy end and gradually gets smaller as you head towards St Ives to Hayle Towans & river mouth, Hawkes Point and Carbis Bay. Although it can get crowded in the summer months, due to the size of the beach, you should be able to find a peak with only a few people on it. Like many beaches, the surf tends to be better (more powerful and hollow) at low to mid tide and eases off a bit as the tide approaches high. Local factors from weather conditions to shifting sand banks can easily buck the trend though, so again, its always best to speak to lifeguards before entering the water. The best wind direction is from the south east but at Godrevy an easterly wind is also offshore and at the Hayle end a south westerly wind is also fine. 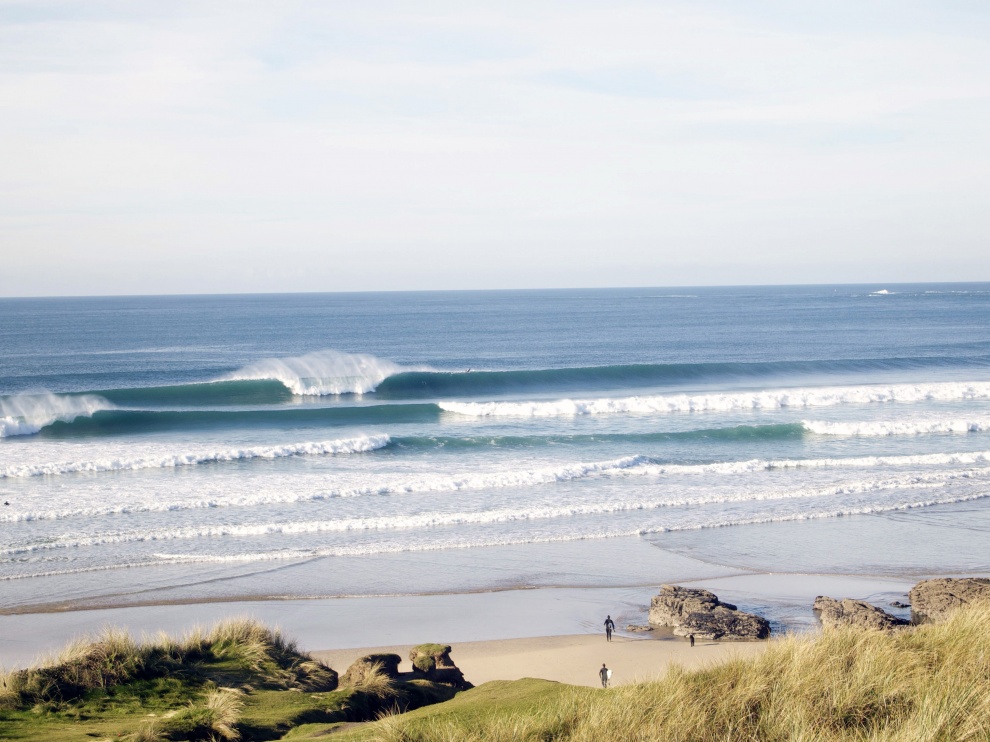 Praa Sands: This long sandy beach is on the south coast, between Penzance and Helston and one of the more consistent spots on this coast. Offshore winds are easterly, north easterly and northerly. At the far west end of the beach a north westerly can be ok if its not too strong, which can make this place a great option when the north coast is blown out by onshore winds. Waves can be hollow and powerful here at both low and high tide. There are lifeguards here during the summer months too. 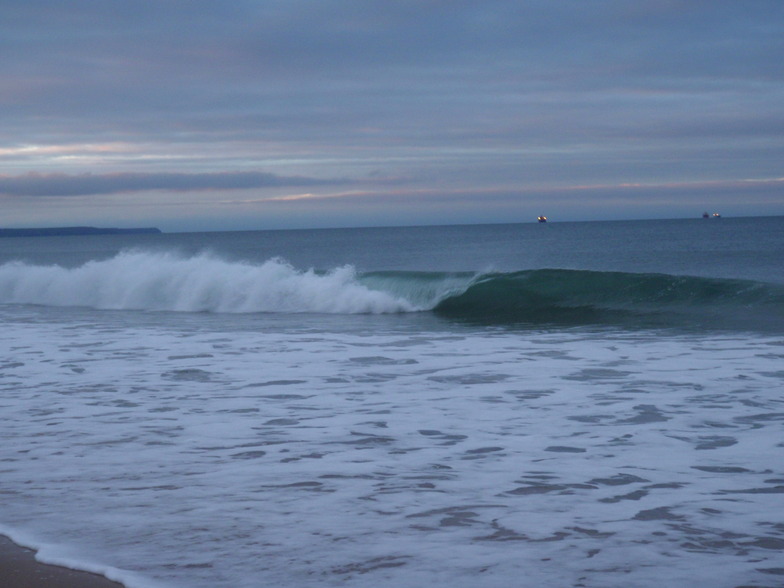 Porthleven: This is one of the most famous reef breaks in the UK and not for the faint hearted! It gets very crowded even on big days. There are 2 main breaks, one at the end of the harbour wall and one on the other side of the harbour, both are powerful and hollow, particularly at low tide. There are no lifeguards here so due to this, the crowds and the power of the wave, should only be taken on by more experienced surfers. Offshore wind is north or north easterly. 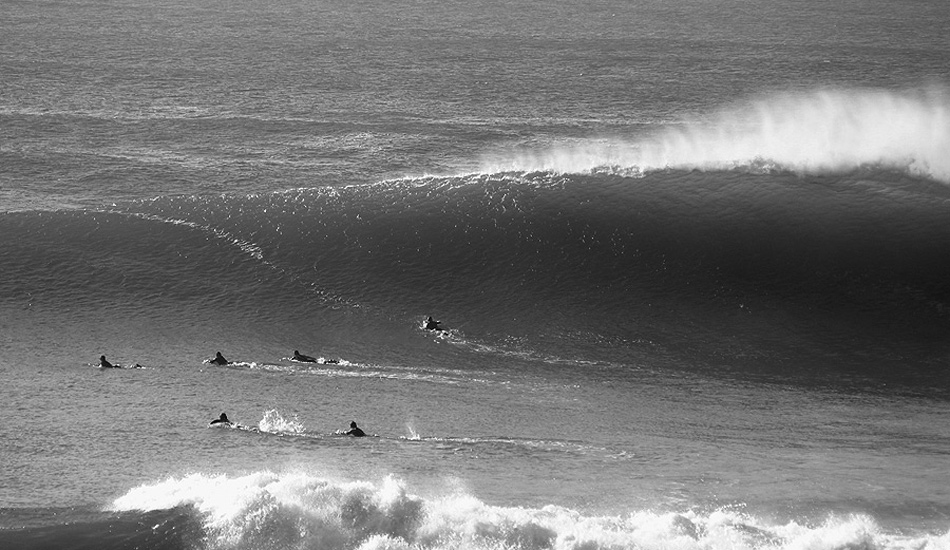 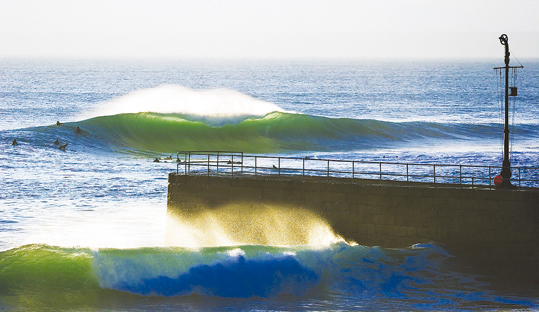 No matter how experienced you are, local knowledge is paramount wherever you surf. Speak to local surfers, surf shop staff and lifeguards, do a little research before you go to a new spot and not just for safety reasons! Sure, safety should always come first so find out about tides, rips, etc and treat the ocean (an indeed other surfers) with respect, but there’s nothing more frustrating than getting up at 5am, driving for an hour to surf what you think will be 6ft, uncrowded barrels, only to find the swell direction was no good and the tide completely wrong and you are faced looking at a mill pond!